Liverpool star Mohamed Salah and Tottenham Hotspur forward Son Heung-Min have shared the Premier League Golden Boot award for this season after the two players finished on 23 goals. They scored at least five more goals than the next player on the list of the highest goalscorers. 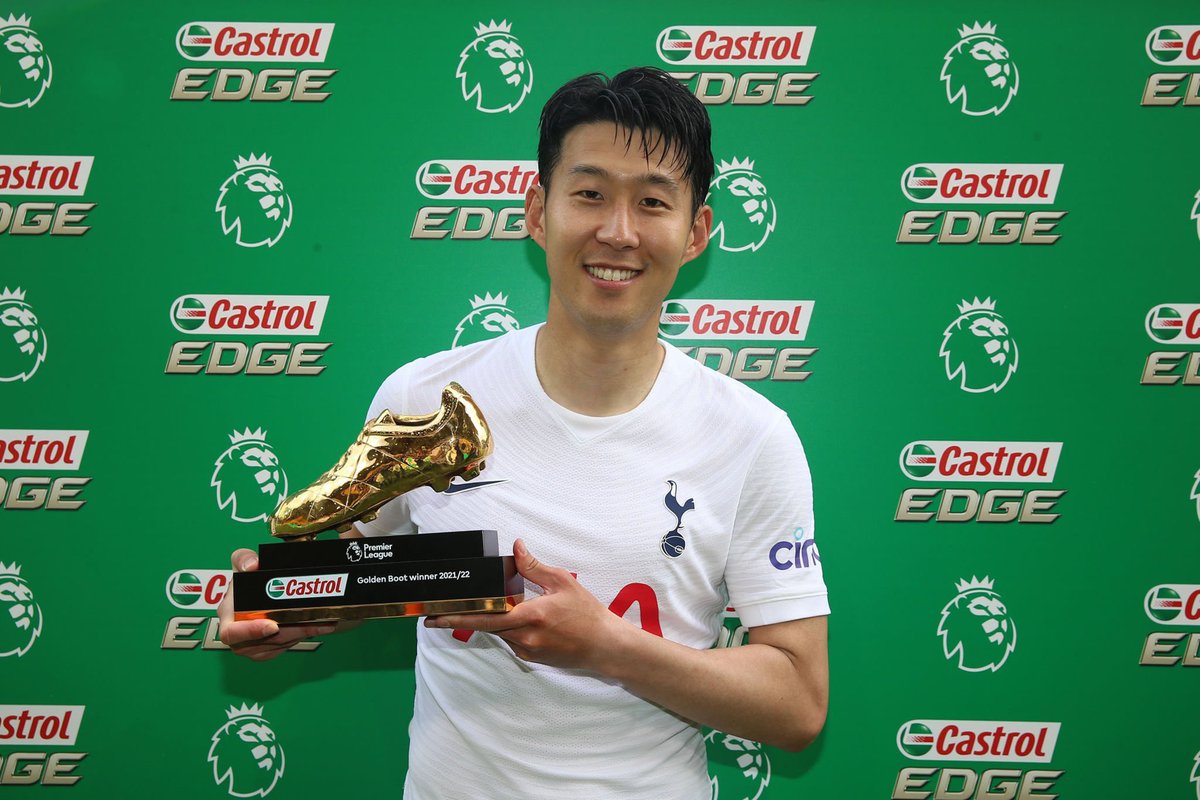 Tottenham Hotspur attacker Son scored twice on the final day of this season’s Premier League campaign to move level with Salah in the race for the Golden Boot award. The South Korean international scored a brace in the second half as Tottenham Hotspur thrashed hosts Norwich City 5-0 away from home to record their biggest away win of the season andseal fourth on the league table in style. Apart from Son, Swedish international DejanKulusevski also scored twice for Tottenham Hotspur with a goal in each half, while Harry Kane was responsible for the other goal via his first half header.


In his post-match press conference, Tottenham Hotspur manager Antonio Conte told reporters that the plan was to help Son to score goals and win the Golden Boot award after they had put the Norwich City game to bed and they did just that thus leading to the big away win over the already-relegated Norwich City. With the big win over the Canaries, Tottenham Hotspur were able to secure fourth spot ahead of North London rivals Arsenal. They finished two points ahead of the Gunners who beat Everton 5-1 at home in their final league game of the season.

Liverpool attacker Salah had to share the Golden Boot award after he scored just once on the final day of the season. The Egyptian came off the bench to score the second Liverpool goal on the way of a 3-1 home win over Wolverhampton Wanderers. He was a major injury doubt for Liverpool ahead of the game.

Previous: CONTE HAILS GUARDIOLA AS THE BEST MANAGER IN THE WORLD
Next:              CRYSTAL PALACE CONSIDERING STEVEN BERGWIJN MOVE THIS SUMMER